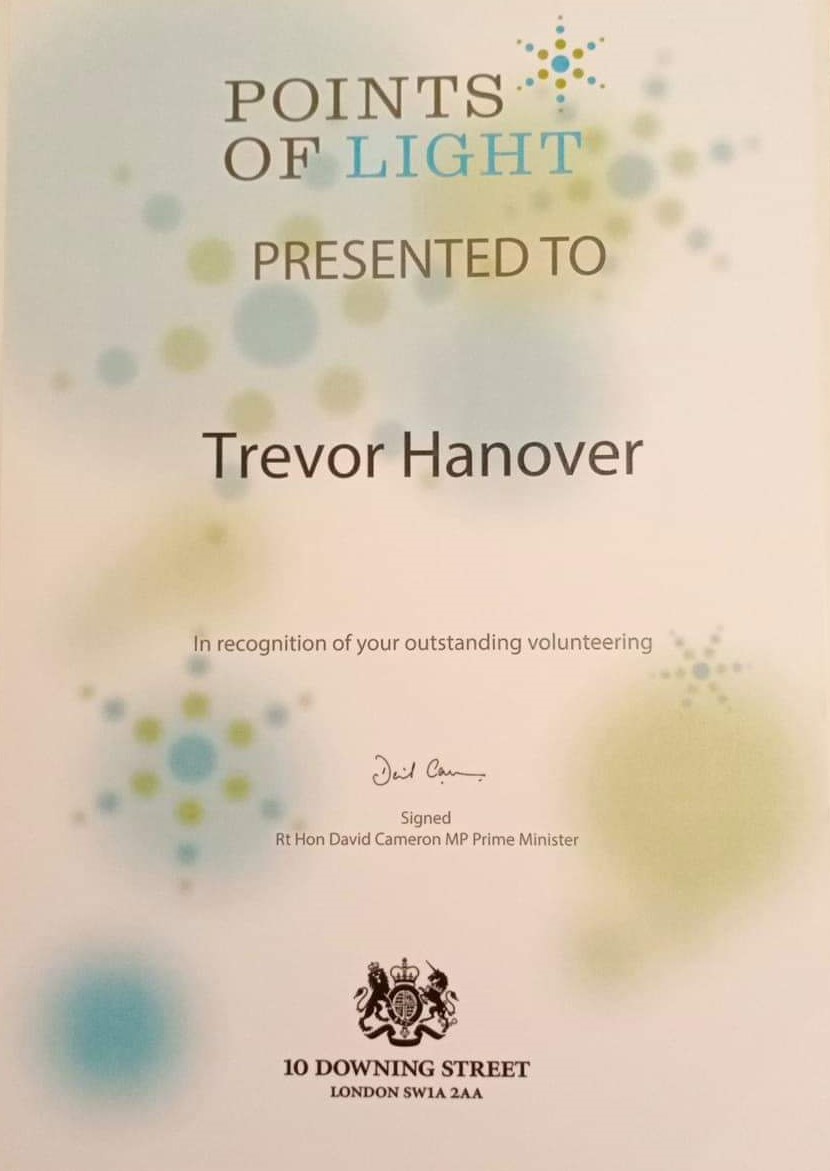 Trevor Hanover, owner of Hanover Dairies, has been awarded a ‘Points of Light’ by Prime Minister David Cameron for tirelessly volunteering for Rainbow Trust Children’s Charity and raising over £180,000 to support families caring for a life threatening or terminally ill child.

Since 2008 Trevor has supported us by walking, cycling and even driving a milk float from Lands End to John O’Groats to raise funds. For the past three years Trevor has held a glamorous fundraising ball which last year raised more than £31,000 in a single night – enabling Rainbow Trust’s North East care team to support a further 18 families in the region.

The Prime Minister’s Points of Light Awards have been running for two years and are awarded every day of the week to inspirational volunteers across the UK.