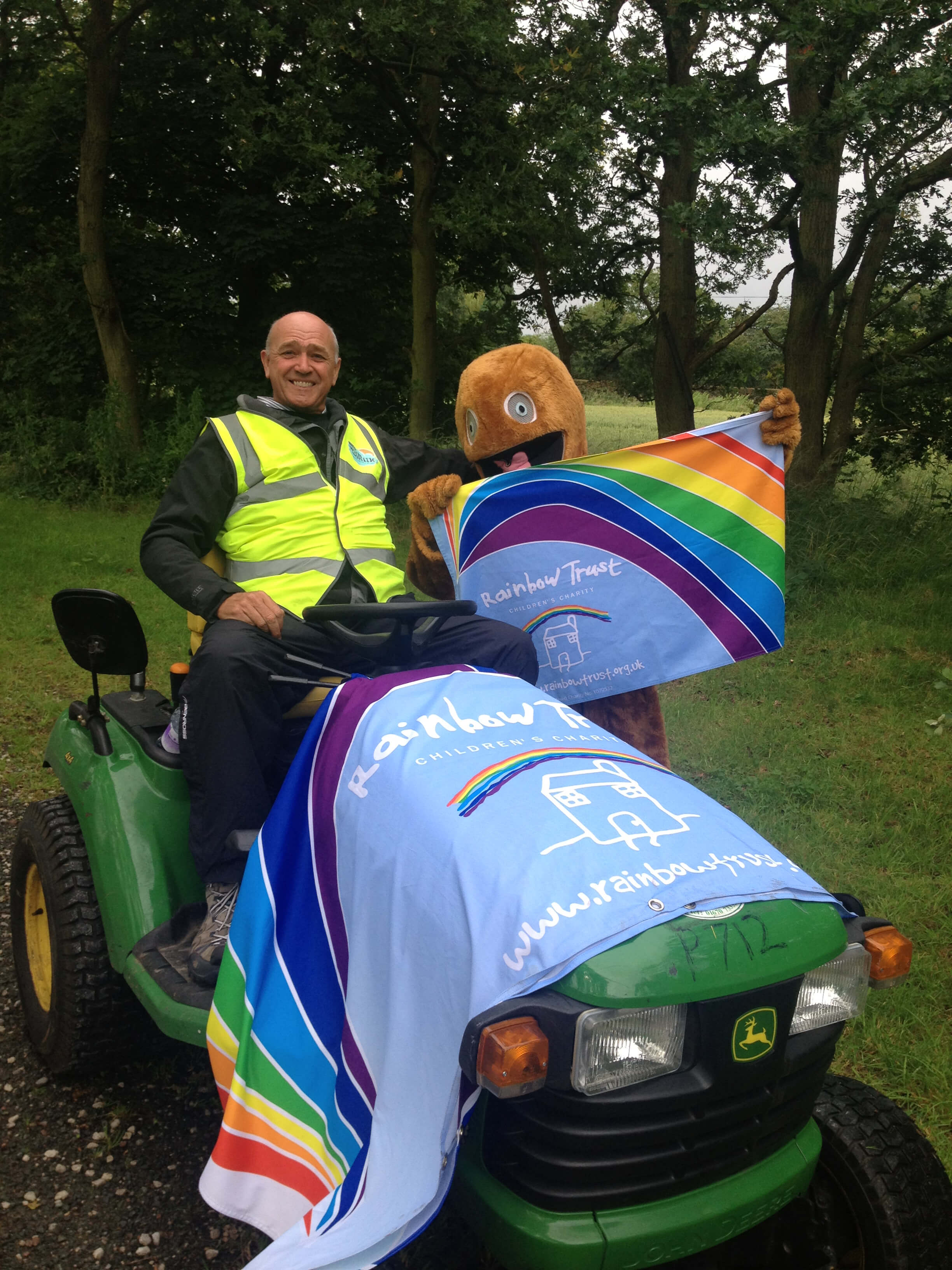 One Man on a Mower

The epic one man driving challenge from John O’Groats to Lands End on a lawnmower came about when Trevor wanted to help the Jay family. The Jay family have been on a roller-coaster ride of emotions and daily struggles since Ted their young son was diagnosed with leukemia and a severe bleed in his brain which meant that he lost the use of one side of his body.

“Ted was just a lovely lad, we had a right laugh together and even when he was really sick he kept smiling and always put other people first” Ben, Rainbow Trust Family Support Worker.

Brave Ted did not give up hope, never moaned and was simply determined to get out of his wheelchair and make the most of his life. He struggled over many months to re-learn to use his whole body and get back on his feet again (literally), which he did and was able to enjoy more time out and about with his friend Ben.

“We were fighting the cancer, but we had a lot of fun along the way. This lawnmower challenge sounds crazy and brave and Ted would’ve been well up for it if he was still with us. It is a fitting challenge in his memory” Penny and Peter, Ted’s mum and dad.

Sadly, although he fought bravely with good humour and with inspirational humility Ted lost his battle with leukemia.